He Wishes For The Cloths Of Heaven 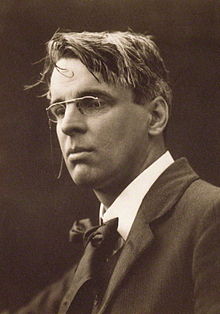 HAD I the heavens' embroidered cloths,
Enwrought with golden and silver light,
The blue and the dim and the dark cloths
Of night and light and the half-light,
I would spread the cloths under your feet:
But I, being poor, have only my dreams;
I have spread my dreams under your feet;
Tread softly because you tread on my dreams.


I have a special relationship with this poem: I encountered it while studying Yeats in college, and I loved it on first reading, so much so that I copied it out – I was into calligraphy at the time – and displayed it on my student room wall.

It speaks to me of the magic of being in love: of finding someone so amazing that you want to give them the world; you’d almost literally do anything for them. Later in my life, this love expanded to include my children, but rather than spreading the cloths of heaven under their feet, I would wrap them round my children to protect and warm them.

Yet the poem speaks also of the vulnerability of love – in giving yourself, you are also giving away the power to hurt you, as anyone who has ever suffered a broken relationship knows. The poem ends with a plea to the loved on not to trample on the dreams we have built around them.

The last three lines, reflecting this vulnerability, recur in ‘The Loves of Cass McGuire’, spoken by characters who have suffered rejection and despair, and are a plea not to destroy their fantasies, which are all they have left to sustain them.

It leaves me reflecting that maybe we all, as humans, sometimes deal with unpleasant truths in our lives by deciding to see things in a different way – a way that supports us, whether or not it accurately reflects the objective truth. And what is truth anyway?