An exercise in slowly accumulating terror.....

The Apollo Theatre's next production is a creepy crime drama based on a real murder.

'Ladies in Retirement' is one of the most popular productions in amateur theatre, and for good reason: it combines mirth and mystery, and mixes it with an undercurrent of genuine horror.

It was first performed at the Apollo in 1981, and is now revived under the direction of Eve Fradgley, whose mother Maggie Cardew is the Theatre's artistic director for the season, and is assisting Eve in directing the play, as well as playing the part of Leonora Fiske.

The play is based on a murder that was committed in 1886, and inspired an American 1941 film noir of the same name.

One of the features of the play is the way it slowly ramps up the tension - or, as the New York Times put it, 'it's an exercise in slowly accumulating terror'.

'Ladies in Retirement' runs from August 28 to 29, and September 1 to 5, marking the start of the Apollo's new season.

Tickets can be booked online at www.apollo-theatre.org.uk, and full details of all the plays in the new season can be viewed there, too. 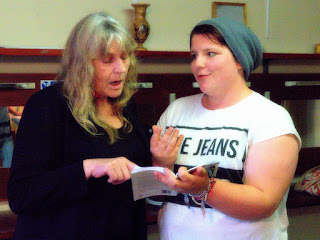 Maggie Cardew in discussion with her daughter, the director, Eve Fradgley. 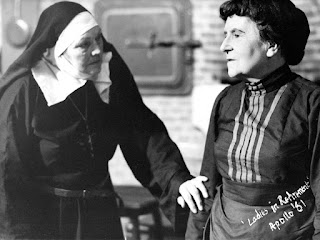 And a flashback to 1981 with Mary Baker and Barbara Turner in the Apollo production of 'Ladies in Retirement' that year.